Throughout 2018, several trends dominated headlines. It’s my belief that 2019 will see many of these remain centre stage, but there’s no doubt that exciting changes are on the horizon in the video industries. The cloud has been growing throughout the year, despite a hesitance from some to get on board. Sadly, several misconceptions surrounding what it takes to implement a cloud strategy have held it back, and prevented many from benefiting from its flexibility.

AI has also been a huge buzzword this year, especially at numerous tradeshows where it was a common panel topic. There are still concerns surrounding the accuracy of current AI iterations and what it can really enable, but that looks set to change. On the whole, the video industry has been experiencing a time of disruption. Emerging technologies have been introducing opportunities to enhance the video experience, but it has been obvious in 2018 that they also bring their own distinct challenges.


Trend 1. Investment in the cloud will continue

Despite some remaining wary, organisations look set to continue to increase their investment in the cloud in 2019, as early adopters begin to reap the benefits. Not only are they seeing that the cloud makes them much more agile and flexible, but they are also seeing the cost-savings of the cloud. 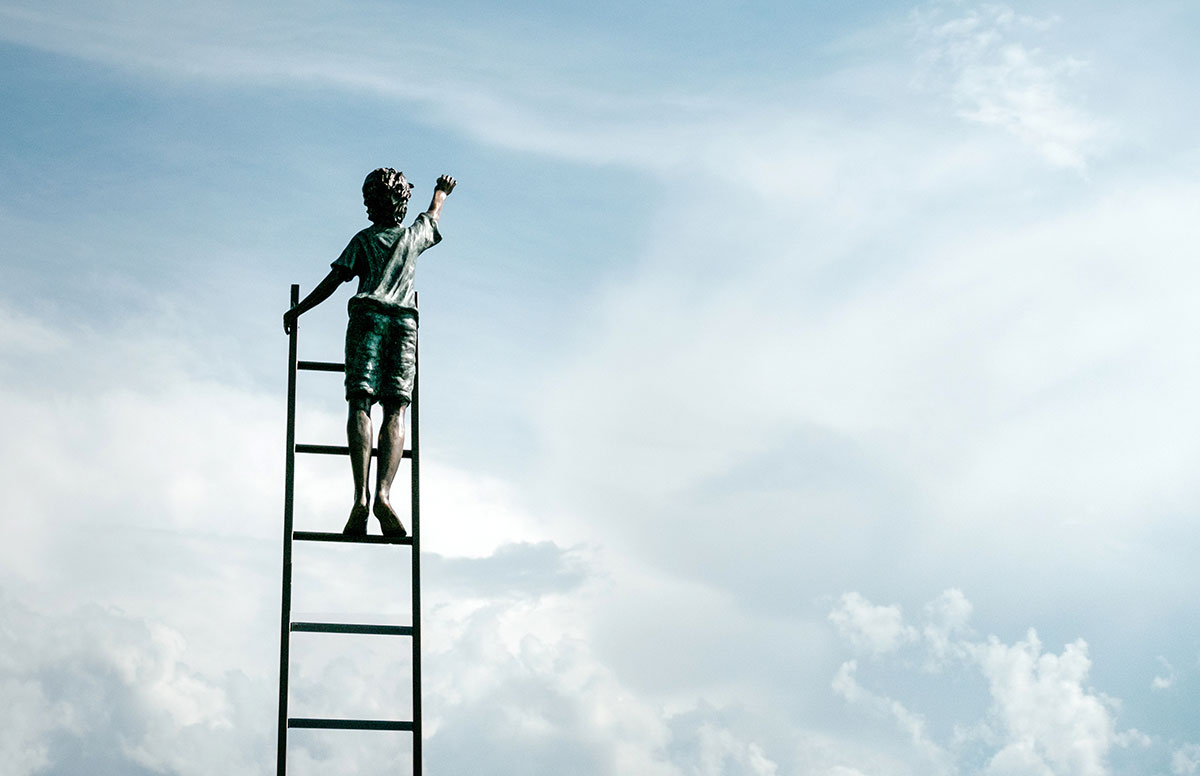 More solutions will become established in the cloud than ever before over the next year, or at least come to adopt some kind of cloud component. As an increasing amount of every workflow become more cloud-based, it will make sense for other areas to do to the same, to create one unified, seamless workflow. This is also likely to increase the rate of adoption as those cynical of the cloud come to realise that it is somewhat unavoidable.

Most of the push back we have seen from potential migrators has centred around several misconceptions. The first is usually security and a belief that the cloud is more ‘hackable’ than on-premise infrastructures. Of course, this isn’t necessarily true, and in actuality, public cloud providers have some of the toughest cybersecurity measures in place. Google Cloud, for example, offers its own Cloud Data Loss Prevention API (CDLP API), which automatically discovers and redacts sensitive data.

On-premise will still remain important throughout 2019 and ahead, especially as it’s unlikely that some video businesses will be able to move to a fully cloud environment for at least the next few years. For most companies, keeping petabytes of video assets in the cloud is still not relevant. Instead, what will become more prevalent is a hybrid cloud, whereby the logic (the mothership) and some of the workflows are migrated to the cloud and some remain on-premise - basically the best of both worlds.

For one, hybrid offers the option to store low-resolution representations of assets in the cloud, for browsing and collaborating, and high-resolution assets globally distributed either on-premise or in the cloud. These scenarios are much easier to implement, given that hybrid solutions can be deployed in stages, and means that investments in existing workflows don’t become redundant. This is most definitely a trend we’re likely to see grow in 2019.

In the past, customers have told us that for every hour of content, they spend an additional three capturing and entering metadata for that asset. Artificial intelligence in content production, management and distribution already has the potential to save creative people hours in manual, time-intensive tasks such as entering metadata. But in the next couple of years, it looks set to go beyond even this. 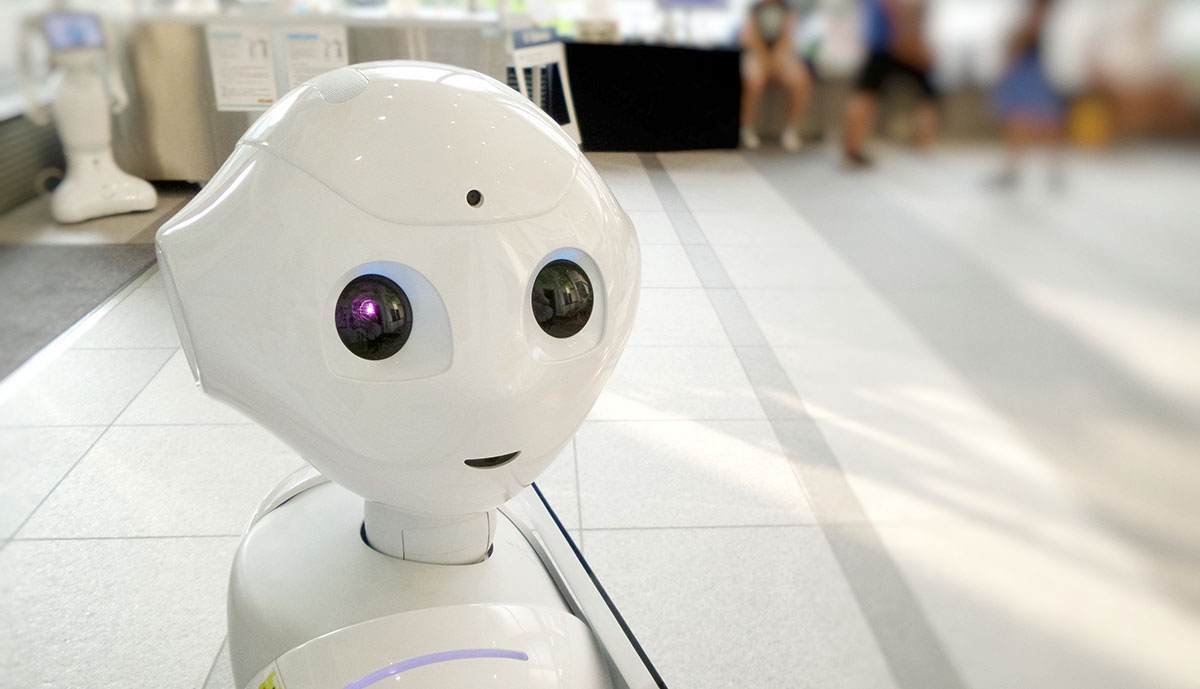 We could begin to see AI being used to analyse entire chains, from supply to delivery, using feedback to automatically optimise systems. For example, one use case is utilising AI to evaluate dramatic events in a series, or the performance of a sports team, and then based on these events suggest content to viewers or assist in the creation of new content. This could have exciting implications in Video-On-Demand (VOD) where we are likely to see more broadcasters starting to use the first semblance of this over the course of the coming year.

The next step is automated scripting/storyboarding whereby the AI could, for example, identify the best selection of scenes in a specific movie to be used in the creation of a trailer. Following that, it will be interesting to see how much progress the industry makes in automated content production using AI. Although still a way off, this involves using data to actually create content, perhaps personalised to individual viewers or for two separate, culturally-different regions.

For the foreseeable future, AI will continue to require human interaction, particularly when it comes to accuracy. In automated distribution, for example, an actor could suddenly become more popular or be mentioned in the news. The AI may be programmed to push content to a VOD system automatically, judging that viewers will be interested in this actor. However, it’s difficult for an AI to distinguish between popularity and infamy, so if an actor was mentioned in the news for an unfavourable event, such as drunk driving, then the content provider would need to reject this suggestion.

Sentiment analysis is on the horizon, with some AI’s already capable of determining if footage is happy or sad. Developments in this area could see AI technology capable of calling up all footage/content in which Queen Elizabeth or President Trump appears looking happy or sad.

On a larger scale, AI-technology could, in the future, also present different types of video assets depending on the mood of the user base, i.e. by determining if the broader audience is happy or sad. Although this is still in its infancy, studies have shown that it is possible for AI systems to set a standard ‘mood’ index for a certain region based on tweets, forums and other social media posts. This gives broadcasters, marketers and anyone else looking to engage with the public a better understanding of their target audience and the best way and time to communicate with them.

What we’ve seen during the past year, and are likely to see more of looking ahead, is growth in custom-trained AI solutions. In the past, it’s been more common for customers to integrate existing solutions, like Google Video Intelligence and AWS Rekognition, into workflows. Now, larger customers, in particular, are preferring to develop their own custom AIs, which enable them to recognise, for example, specific products in a range unique to their organisation. System integrators are looking to evolve alongside this, and develop the ability to train and set up the custom AI solutions. It will be interesting to see how this develops in 2019, and how intelligent the custom-trained AIs can become.

2018 saw a huge increase in Software-as-a-Service solutions. Whether that’s because many organisations are more globally dispersed than they were or a desire to minimise costs, 2019 looks set to be a defining moment during this growth. In fact, according to Bain & Company, “subscription-based software-as-a-service (SaaS) will grow at an 18% CAGR by 2020”. 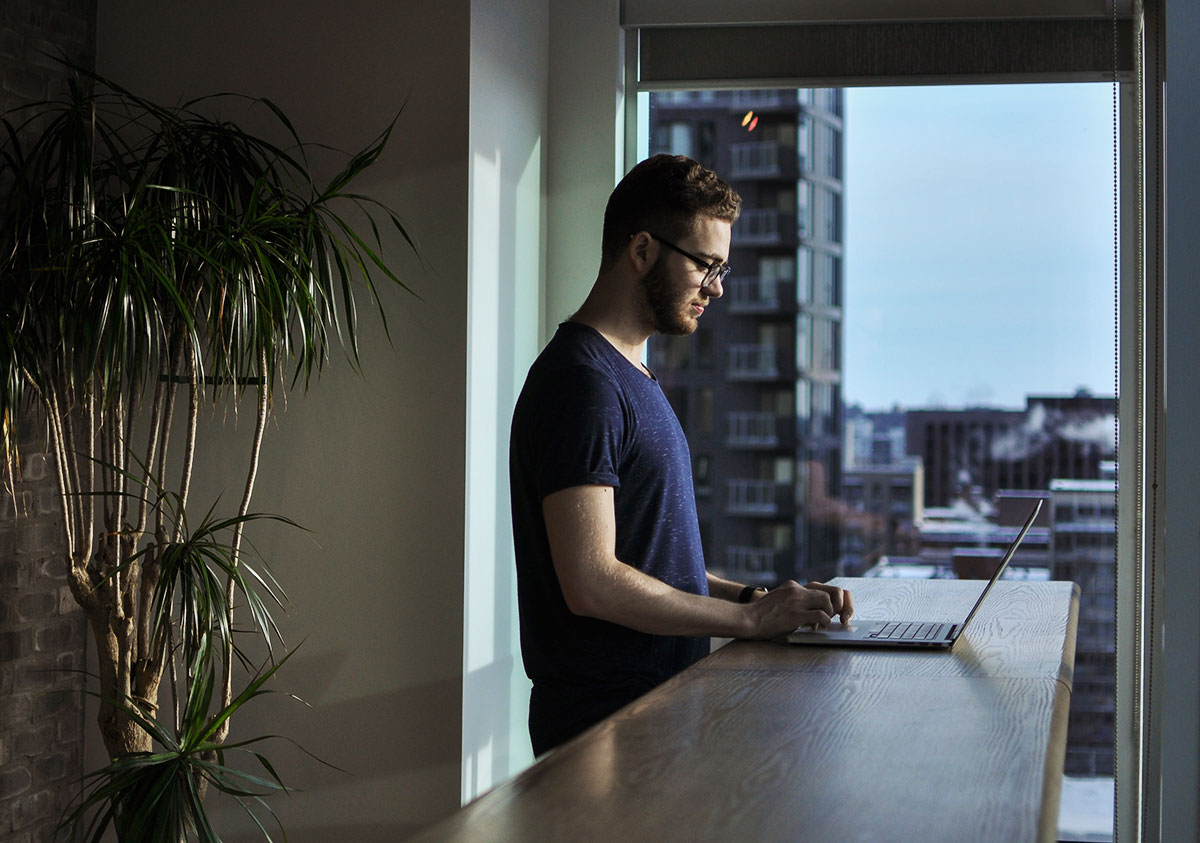 As teams move away from rigid office environments, it’s natural that more companies are likely to move away from on-premise hardware too. It’s already common nowadays for production teams to be made up of freelance talent who can support the team during times of demand, for example. With a SaaS solution, access can be enabled from anywhere, and companies only pay for what they use.


Trend 4. VR will sink or swim

This year, the Oculus Go brought affordability to VR devices. At a much lower price tag than other iterations (under £200), it is entirely more accessible and has undoubtedly increased the popularity of VR on the whole. The Oculus Rift, in comparison, struggled to get out of the starting blocks when it launched, selling only just over half a million units in nearly two and a half years. To put that into perspective, the Oculus Go sold over half that in just one quarter of 2018.

In 2019, Oculus will release the Oculus Quest, said to be about to bring PC-quality virtual reality to an untethered headset. This pretty exciting because it means users won’t need a powerful gaming computer to be able to access quality, VR gaming experiences. 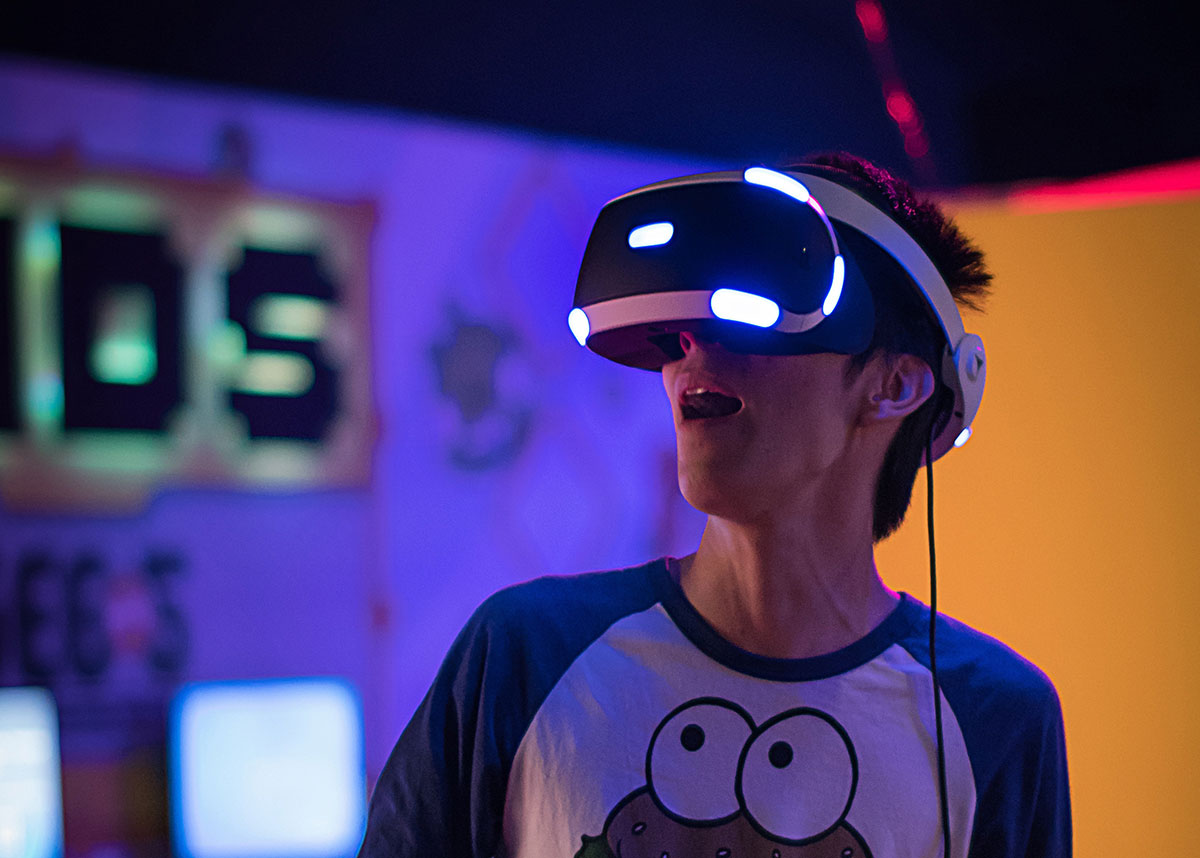 It’s hardware developments like this which will accelerate the growth of VR in the coming year. After all, making VR more attractive to viewers is absolutely key, and hardware is central to this. At the same time, content creators must ensure that content in VR genuinely adds value, and is truly enhanced by the medium, rather than a gimmick. By presenting genuine use-cases for VR, even perhaps beyond gaming and entertainment, all of those with a stake in the VR experiences sector can contribute to its growth.

From a content management point of view, VR looks set to present a challenge for the solutions managing it. Consider the file size of 4K VR, and the difficulty of moving these around during post-production. To this end, those which can accommodate proxy versions of files, i.e. low-resolution files for sharing and editing in the cloud, will present VR content creators with the most efficient media management capabilities in the coming year.

As the cloud reaches maturity and common misconceptions are corrected, the cloud migration will accelerate and adoption rates will grow. SaaS and Hybrid Cloud will play a role here, as more organisations move away from on-premise and look to increase the ability for teams to collaborate globally.

Improvements to the accuracy of AI solutions will be a key driver of the technology in 2019, although it will be interesting to see to what extent human interaction is needed in the most advanced solutions. In VR, it seems to be the case that hardware is holding it back, but content producers also need to make a real case for its use with valuable VR content that takes full advantage of the medium. As viewers begin to see genuine value in VR content, the medium could grow exponentially. 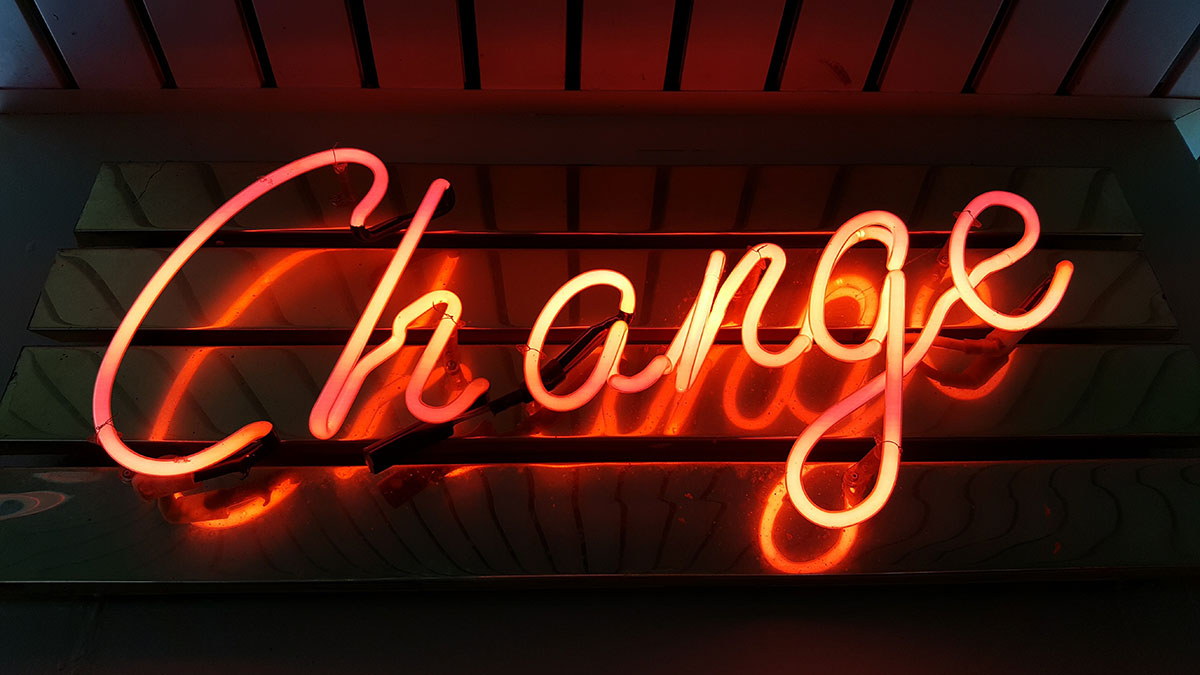 Although 2018 was eventful, it looks like 2019 could be our most exciting year yet. New technologies and developments will bring their challenges, but the opportunities are huge and could shake up the entire video industry. We’ll see you on the other side!